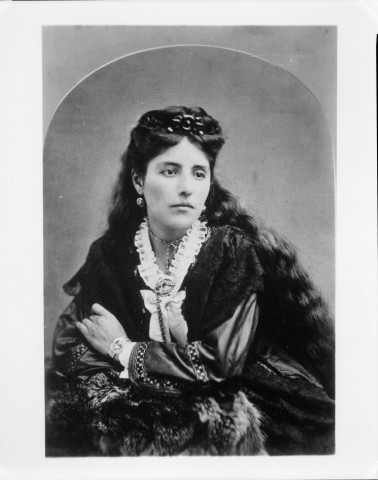 When I started as the new director of the Chicano Studies Research Center (CSRC), UCLA was making significant commitments to supporting the academic success of its Latinx students. Earlier this quarter, Chancellor Gene D. Block announced new investments that will prepare UCLA for its anticipated designation as a Hispanic Serving Institution (HSI). The chancellor’s HSI Infrastructure Initiative has important implications not only for our Latinx students but our campus community as a whole.
In accordance with the HSI initiative, the CSRC will administer fifteen faculty lines and twenty postdoctoral appointments plus $1,250,000 in research seed grants over the next several years. Additionally, the CSRC received five years of funding for two senior staff positions. These new resources came about in large part through the perseverance and hard work of campus leaders, including Chon A. Noriega, the CSRC’s previous director, and others who have long advocated for Latinx faculty and students. The CSRC is also indebted to Black campus leaders, whose successful advocacy for similar investments through the Rise to the Challenge Initiative helped pave the way.
Latinx students are now the majority population in the state’s K-12 public schools, and the HSI initiative will enable UCLA to better reflect this demographic fact. It will allow UCLA to serve its Latinx students more effectively and to contribute to research with implications for Latinx communities. Additionally, the new resources will allow me to further execute my vision of the CSRC as an important hub of research and programming that centers around the experiences and aspirations of the younger members of our communities. These young people include students in California’s public K-12 system, students at various postsecondary institutions, postdoctoral scholars, junior faculty, young artists, and young workers.
As you might expect, I’ve hit the ground sprinting as the new director. With the help of an expanded Faculty Advisory Committee of extraordinary UCLA colleagues (including many in STEM fields), I set in motion plans to recruit postdocs and new faculty. In January, the CSRC will announce its first seed grant competition, as well as the appointment of a senior officer of community-engaged research, who will lead new research initiatives with public impact. In addition, we are now seeking a senior administrator who will spearhead the CSRC’s HSI projects and new high school ethnic studies-related projects. Part of my work has also entailed planning and fundraising for the California Freedom Summer Participatory Action Research Project, which will involve UC, community college, and high school students in non-partisan civic engagement and grassroots efforts across the state.
As the director of the CSRC, I feel a deep sense of responsibility to ensure that the resources of this important center have broader public impacts. As noted in our November Día de los Muertos event, “Love and Loss during the COVID-19 Pandemic,” Latinx communities have and continue to experience disproportionate death and related hardships that have arisen from the pandemic. The unjust conditions that have contributed to this suffering persist, and they may soon be exacerbated. Our society and institutions are at a crossroads, and I worry that unless we take collective action in ways that prioritize the needs of the most vulnerable, Latinx communities, especially Latinx youths, will experience increased and lasting setbacks in their ability to thrive. My goal is that the CSRC, through our research and programming, will play a role in tackling multiple social inequalities.
I am thus grateful for your ongoing support of the CSRC and your own efforts to make a difference. I wish you and your loved ones happy and healthy holidays, and I look forward to engaging with you in service to our communities in 2022.
¡Felices fiestas!
Veronica Terriquez
Director and Professor

CSRC Senior Administrator of Campus Initiatives
The CSRC is seeking a dynamic individual with exceptional administrative skills and a passion for social justice and ethnic studies to support the expansion of the CSRC's campus leadership role as UCLA becomes a Hispanic-Serving Institution (HSI). As part of the Institute for American Cultures (IAC), CSRC will also be supporting the development and implementation of an ethnic studies curriculum for secondary school students in California. Under the general direction of the CSRC director, the senior administrator of campus initiatives will be responsible for planning and directing the following for both projects: creation and implementation of hiring and recruitment processes; and development and coordination of campus and community programming.  For more information and to apply, go to https://ucla.in/3d6YM1P or visit https://hr.mycareer.ucla.edu and search for Requisition #35000.
Deadline to apply: January 6, 2022
IAC Visiting Research Scholar Fellowship in Ethnic Studies
The Institute of American Cultures (IAC) offers in-residence appointments to support research on African Americans, American Indians, Asian Americans, and Chicana/os. The IAC especially encourages applications that advance our understanding of new social and cultural realities occasioned by the dramatic population shifts of recent decades. For more information and an application preview, visit https://iac.ucla.edu/funding/visiting-scholars
Deadline to apply:  January 6, 2022
IUPLR/UIC Mellon Dissertation Fellows Program, 2022–23
The Inter-University Program for Latino Research is now accepting applications for the IUPLR/UIC Mellon Fellowship Program. This is a comprehensive program that provides financial, writing, and professionalization support to doctoral students in the humanities who are writing dissertations in Latino studies. For more information and to apply, visit https://mfp.lals.uic.edu/call-for-applications/
Deadline to apply: February 15, 2022*
*Prior to applying, UCLA doctoral candidates must contact Rebecca Epstein, CSRC assistant director, repstein@chicano.ucla.edu to verify eligibility.
IAC Research Grants for UCLA Students, Faculty, and Staff
The UCLA Institute of American Cultures (IAC) invites applications for support of research on African Americans, American Indians, Asian Americans, and Chicana/os for 2022–23. The IAC also invites proposals on interethnic relations that will increase collaboration between the four IAC centers and/or between the centers and other campus units. For more information and an application preview, visit https://iac.ucla.edu/funding/grants
Deadline to apply: March 1, 2022

Library outreach
Xaviera Flores, CSRC librarian and archivist, provided instruction and education about the CSRC Library and its holdings and practices at the following events and class meetings:
Collections received
The CSRC is grateful to have received the following additions to its collections:
Updated finding aids
The following finding aids have been updated. All are available on the Online Archive of California:
Mujeres Activas en Letras y Cambio Social (MALCS) Records, Part II
MALCS began in 1982 as an outgrowth of the Chicana Academic Issues Conference at the University of California, Davis. Seeking to support Chicanas and Latinas and Native American women academics, students, and activists, MALCS publishes a newsletter as well as the journal Trabajos Monográficos. In 1986 it held its first Summer Research Institute, which would become an annual event and the centerpiece of its service. The collection, of approximately forty linear feet, consists of various institutional papers with particular emphasis on the summer programs, newsletters, and membership-related papers. The collection also includes video and audio tapes of various proceedings.
Manazar Gamboa Papers
Born in East Los Angeles in 1934 and raised in Chavez Ravine, Manazar Gamboa spent much of the first half of his life incarcerated for a variety of crimes. While serving time in Soledad State Prison for armed robbery, he fell in love with English literature, particularly Shakespeare. He began writing his own poetry, and when he was released in 1977, he embraced the Los Angeles literary scene. While he continued working on his own poetry, prose, and plays, he also held literacy and writing workshops for inmates and at-risk youth throughout Los Angeles County. He remained dedicated to literature and his community until his death on December 13, 2000. The collection consists of manuscripts of Gamboa's poems, plays, and short stories, as well as notes showing his creative process. There is also research material on Chavez Ravine, as well as clippings and other printed material.
Latino Theater Initiative/Center Theatre Group Records
From 1992 to 2004 the Center Theatre Group in Los Angeles housed the Latino Theater Initiative, which was designed to provide access not only to emerging Latinx artists but also to increase its Latinx audience base by offering theatrical programming that was relevant to the Latinx community and reflected the diversity of Los Angeles. Although the program was cut in 2004, its influence can still be felt throughout the Los Angeles theater community and beyond. Many of the artists who were fostered within the initiative continue to create new work, run local theater companies, and work as scholars and educators. The collection includes manuscripts of plays, both finished and works in progress. There are also programs, administrative papers, and audiovisual materials.
Guevara Papers featured in documentary
The Rubén Guevara Papers are featured in Con Safos, a new documentary about the activism and creative work of musician, poet, and performance artist Rubén Funkahuatl Guevara. Con Safos premiered on KCET’s Artbound and PBS SoCal in October and is available for streaming on the KCET YouTube channel.
Archie comics exhibition includes text by Flores
On November 28 the Comic-Con Museum opened in San Diego’s Balboa Park. Included in the inaugural exhibitions is a pop-up exhibit Eight Decades of Archie, which features a text piece on the impact of Archie comics in Latino America, authored by CSRC librarian and archivist Xaviera Flores. The pop-up will expand to a full exhibition in February 2022.
Exhibitions with CSRC loans
The following exhibitions currently on view include images and artworks from CSRC collections and publications:
The CSRC Library remains closed until further notice. Library staff will continue providing reference services remotely, but onsite services are not available at this time. For more information, please visit our research guide at https://guides.library.ucla.edu/csrc or email us at librarian@chicano.ucla.edu. UCLA Students can also seek reference assistance on the UCLA Slack Channel #csrc-library-reference-help

José Montoya Wins Gold at International Latino Book Awards
On October 16, the winners of the 2021 International Latino Book Awards were announced. José Montoya by Ella Maria Diaz, volume 12 in the A Ver: Revisioning Art History series from CSRC Press, was awarded a Gold Medal in two categories: Best Biography (English) and Best Arts Book. José Montoya is distributed by University of Minnesota Press.
Knowledge for Justice wins Outstanding Book Award
Knowledge for Justice: An Ethnic Studies Reader, a collaboration of all four UCLA Institute of American Cultures (IAC) ethnic studies centers and published by CSRC Press, has received the 2021 Outstanding Book Award from the Association for Ethnic Studies (AES). The award is offered in “recognition of achieving a level of innovation, quality, and success in advancing the field of Ethnic Studies that few other books have done.” Knowledge for Justice: An Ethnic Studies Reader is distributed by University of Washington Press.
New entries on CSRC Post
In conjunction with the exhibition Immersive Distancing: Carmen Argote and Zeynep Abes at the LA Art Show, which that took place July 29 through August 1 at the Los Angeles Convention Center, Jacqueline Piña Ascencio, the Getty Marrow Academic Programs and Publications intern at the CSRC, contributed two pieces to CSRC Post, the blog of the CSRC.  “Shining a Light on Immersive Distancing: Carmen Argote and Zeynep Abes” provides background on the artists and their work in the show. In “Exploring Unease and Haunting: Reflections on Immersive Distancing: Carmen Argote and Zeynep Abes at LAAS,“  Ascencio offers her personal reflections on the exhibition, which was curated by Chon A. Noriega for the CSRC. The exhibition was part of the DIVERSEartLA program, which showcased women and nonbinary artists whose practice intersects with art, science, and technology. Immersive Distancing comprised two installations: Last Light, by established artist Carmen Argote, and Memory Place, by emerging artist Zeynep Abes. Both artists are based in Los Angeles and are graduates of UCLA, and both created their work during the first lockdown of the pandemic.

CSRC IN THE NEWS