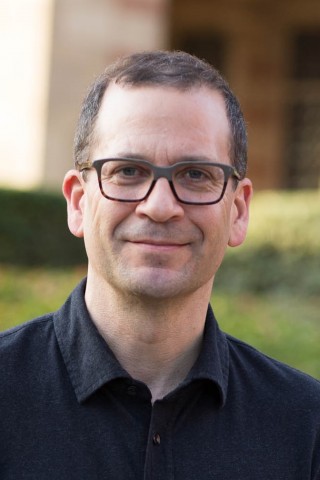 CHON A. NORIEGA is a distinguished professor in the UCLA Department of Film, Television, and Digital Media and an adjunct curator at the Los Angeles County Museum of Art (LACMA). He is author of Shot in America:  Television, the State, and the Rise of Chicano Cinema (University of Minnesota Press, 2000) and editor of numerous books dealing with Latino media, performance and visual art. From 1996 to 2016, he was editor of Aztlán: A Journal of Chicano Studies, the flagship journal for the field since its founding in 1970.

Noriega has been active in media policy and professional development, for which Hispanic Business named him as one of the Top 100 Most Influential Hispanics. He is co-founder of the National Association of Latino Independent Producers (NALIP, established in 1999) and served two terms on the Board of Directors of the Independent Television Service (ITVS), the largest source of independent project funding within public television. Noriega has made presentations to the U.S. Commission on Civil Rights, the U.S. Congressional Hispanic Caucus, and U.S. Congressional Entertainment Caucus.

Noriega has also helped recover and preserve independent films and video art, including the first Chicano-directed feature film, Please, Don’t Bury Me Alive! (1976), which was added to the National Film Registry in 2014. The restoration of these films is the cornerstone of an ongoing "Chicano Cinema Recovery Project" with the UCLA Film and Television Archive. Noriega also curated and co-hosted a month-long festival called "Latino Images in Film" on Turner Classic Movies.

In addition to his work in media, Noriega has curated or co-curated numerous groundbreaking art exhibitions, including: Phantom Sightings: Art After the Chicano Movement (2008-10) listed in Show Time: The 50 Most Influential Exhibitions of Contemporary Art; L.A. Xicano, which comprised five exhibitions for the Getty Foundation's Pacific Standard Time initiative (2011-12); and Home—So Different, So Appealing (2017-18), on display at LACMA and the Museum of Fine Arts, Houston as part the second Pacific Standard Time initiative. He is also editor of A Ver: Revisioning Art History, an award-winning series from CSRC Press on individual Latina/o artists.

Noriega's awards and recognitions include the Getty Postdoctoral Fellowship in the History of Art (for art history) and the Rockefeller Foundation Film/Video/Multimedia Fellowship (for documentary production), as well as recognitions from the Mexican American Legal Defense and Education Fund (MALDEF), the National Hispanic Media Coalition (NHMC), and the American Association of Hispanics in Higher Education. In 2020, Noriega was promoted to distinguished professor.