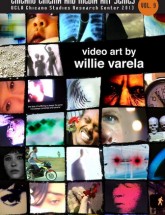 Willie Varela’s films have been screened at venues around the country, including the Museum of Modern Art, San Francisco Cinematheque, and the Guggenheim Museum. He was the subject of a retrospective at the Whitney Museum of American Art, and his video pieces were included in the 1993 and 1995 Whitney Biennials. Varela lives and works in El Paso, Texas.

Michael Stone (producer) is a graduate of Columbia University film school. His short films have been seen on Bravo and IFC. He currently supervises projects, including the Chicano Cinema and Media Art series, for the Chicano Studies Research Center.